Where to shop in Lausanne: La Mise En Bière

It doesn’t look like much from the street. In fact, you can pass the shop without really knowing it’s there (and it took me quite some time to find it, even with my I-phone navigating me). Above the doorway hangs a sign that reads, ‘Tailleur’—something that has no doubt misled several passersby. But if you do discover this shop, you will immediately succumb to its charm…and the hundreds of bottles of beer you desperately want to try. 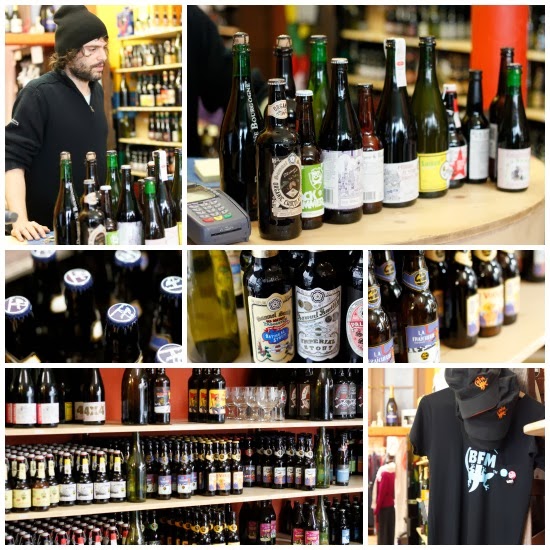 Claude is a man who knows what he loves. He always loved beer, but pragmatism steered him toward a 9-5 job in an office with cubicles and a boss. Sound familiar? It wasn’t until last year that he decided to ditch the corporate scene and join forces with his friend Daniel, the founder of La Mise En Bière. And both he and we are so glad he did. 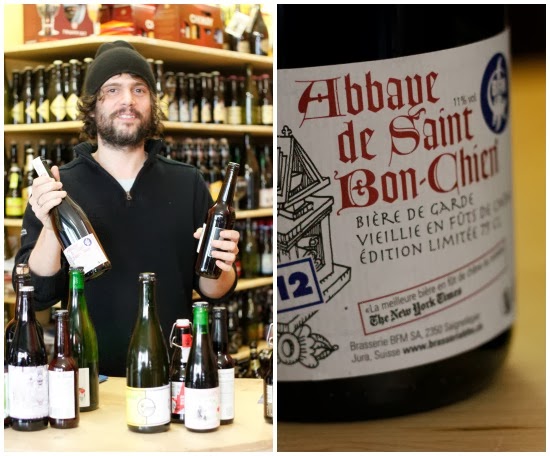 His eyes light up as he recounts his early connections to beer–it all began with a man named Jérôme Rebetez who lived in the same small area of the Swiss Jura. Claude had a fascination with Rebetez (who went from brewing small batches of beer in his parents’ kitchen to winning international awards), and carries with him a sense of pride that such a small town in the Jura is now on the international beer map.  Rebetez now owns one of the most prestigious breweries in Switzerland called BFM, which brews the infamous L’Abbaye de Saint Bon-Chien, a unique sour ale which uses wine yeast in the fermentation process. This beer, which is at the top of Claude’s ‘favorite picks’, was featured in the New York Times. 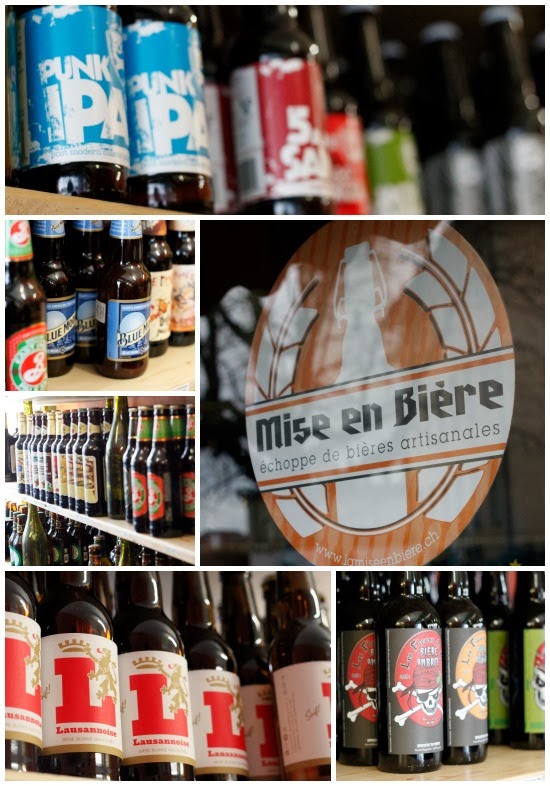 Claude has several ‘favorite picks’…but in a store with literally 350-450 different varieties of beer, you can’t blame the guy. From sour to sweet, hoppy to malty, soft carbonation to spritzy, rich or light, thick or thin, slick, creamy, velvety, subtle…it’s all there, right at your fingertips. But undeniably one of our favorite things about Mise en Bière is the shop’s relationship with local breweries. Who knew there were so many talented brewers in and around Lausanne? From our friends over at Docteur Gab’s to Les Faiseurs de Bière, Trois Dames, and Brasserie des Franches-Montagnes, there is so much to discover and appreciate.

So if you haven’t already, pay Claude and Daniel a visit at La Mise En Bière where you won’t only be swept away by the sheer volume of beer, but by the shopkeeper’s genuine love for the craft.

*Update: Great news! Since writing this article, the guys at La Mise En Bière have opened up a bar connected to their shop! The hours of the bar are as follows:

3 Ways to Treat Yourself in Lausanne this Summer

3 Ways to Treat Yourself in Lausanne this Summer

Catherine Cruchon and the Legacy of Swiss Biodynamic Wine 

Don't miss a thing.
Get TLG articles delivered to your inbox.

YOU CAN UNSUBSCRIBE AT ANY TIME. GDPR: BY CLICKING ON SEND YOU AGREE TO YOUR DATA BEING SENT TO US. THIS DATA IS NOT STORED ONLINE AND/ OR PROVIDED TO THIRD PARTIES.

Under the Skin. A fleur de peau.

The Great Pizza Hunt of Lausanne 2019

This website uses cookies to improve your experience while you navigate through the website. Out of these cookies, the cookies that are categorized as necessary are stored on your browser as they are essential for the working of basic functionalities of the website. We also use third-party cookies that help us analyze and understand how you use this website. These cookies will be stored in your browser only with your consent. You also have the option to opt-out of these cookies. But opting out of some of these cookies may have an effect on your browsing experience.
Necessary Always Enabled
Necessary cookies are absolutely essential for the website to function properly. This category only includes cookies that ensures basic functionalities and security features of the website. These cookies do not store any personal information.
Non-necessary
Any cookies that may not be particularly necessary for the website to function and is used specifically to collect user personal data via analytics, ads, other embedded contents are termed as non-necessary cookies. It is mandatory to procure user consent prior to running these cookies on your website.
SAVE & ACCEPT
Change Location
Find awesome listings near you!